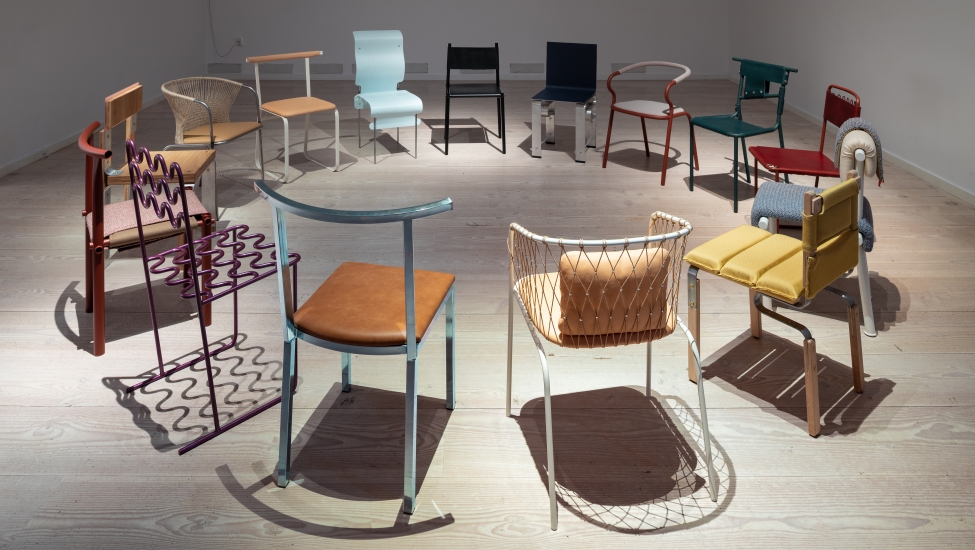 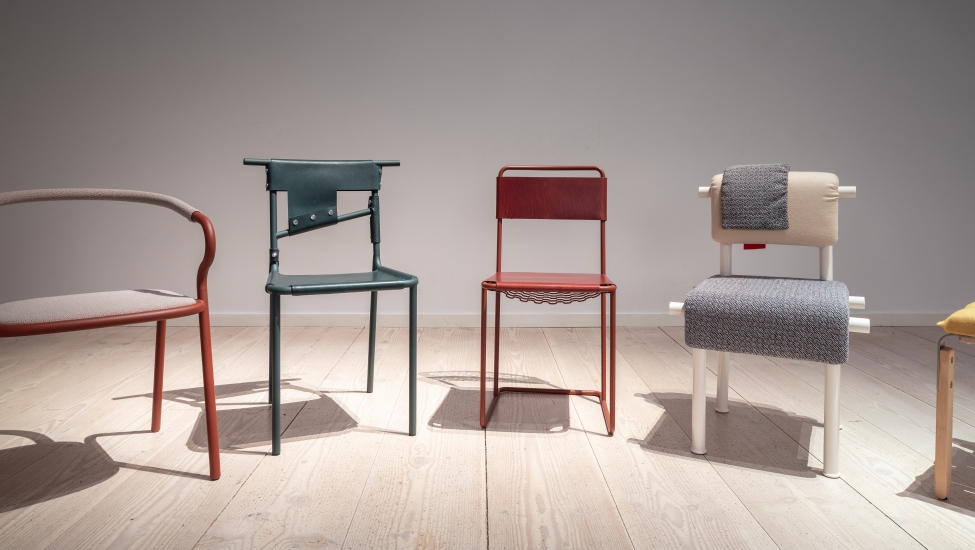 Do we dare to explore our inner designer? Five designers challenged one another to abandon their routines for one year in order to find new forms and new working methods. From January 24 through February 9, Sven-Harrys konstmuseum will be presenting the final stage of an experiment in alternative design production and in designers’ ability to give and take.

How closely tied are we to our own styles? In a group experiment, five artists—Fredrik Paulsen, Mia Cullin, Andreas Nobel, Erik Björk, and Margot Barolo—challenged one another in the art of letting go and embracing humility and curiosity. The final stage in the project is the exhibition The Kinship Method: The Last Session, which includes a final group conversation.

The Kinship Method: The Process
The process was organized into three stages. It started with the artists working individually to design their own chairs, and none of them was allowed to see what the others were doing until all the chairs were finished. Then they came together with their designs for a group conversation about the question What is happening with these designs—what’s happening inside us and what can we learn from it? After that, each designer was randomly assigned one of the others’ chairs and challenged to use 20–40% of its forms to create a new design, after which they all came together again for another group conversation. Then the whole process was repeated for a third round. In this way, components, fragments, and features were inherited from one generation to the next—all within a limited amount of time and with no insight into what the other designers were doing. We now have three generations and a total of fifteen chairs that are all related to one another.

The project touches on several different topics, such as legacy and environment, copyright, collaboration, alternative languages, and design methods, and is undertaken with support from Beckmans College of Design as part of their investment in artistic development and research. The last stage of the project will be undertaken between January 24 and February 9, including a last meal and group conversation in which the five artists come together to process their ideas and any problems or insights that may emerge. After the project’s guest appearance at Sven-Harry’s Art Museum, the artists will compose their work to produce, among other things, a book designed by graphic designer Samira Bouabana.

Alexander Lervik: Imaginations x 12 and The Kinship Method - The Last Session will be on view at Sven-Harrys konstmuseum from January 24 through February 9,