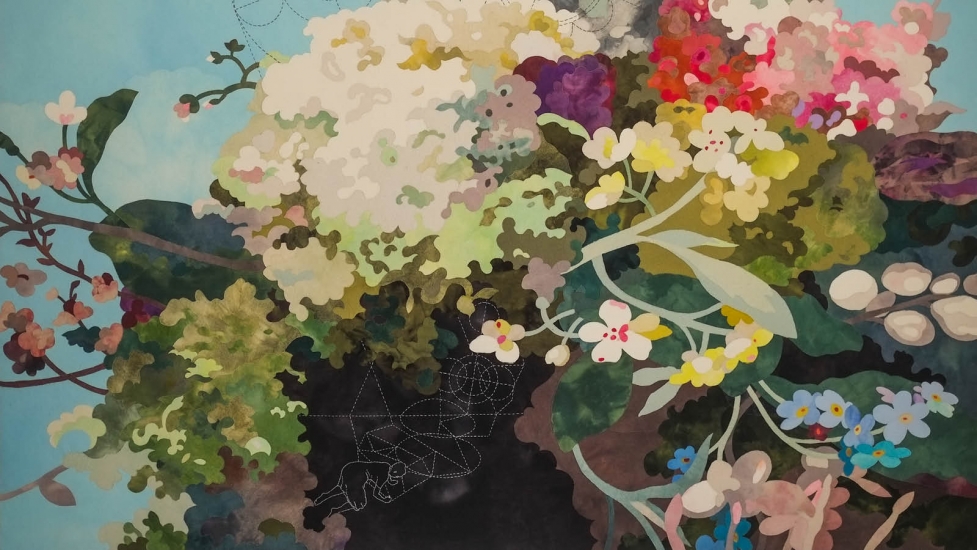 Painters usually create with brush and canvas, but Inger Johanne Rasmussen “paints” her unique pictorial stories with needle, thread, scissors, vliseline and thousands of patches in every colour of the rainbow. Most fabrics are dyed by herself, and everything is hand-stitched. “Textile marquetry”, she calls the slow process that she invented herself. Her subject matter varies from purely abstract narratives to poetic floral compositions. Inger Johanne Rasmussen used an ancient textile tradition to produce brilliant pictures with an entirely new imagery.

This is the first exhibition with the Norwegian textile artist Inger Johanne Rasmussen in Sweden. Most of the magnificent works shown here were designed especially for this exhibition. Her works have previously been widely acknowledged in her homeland and in Japan.