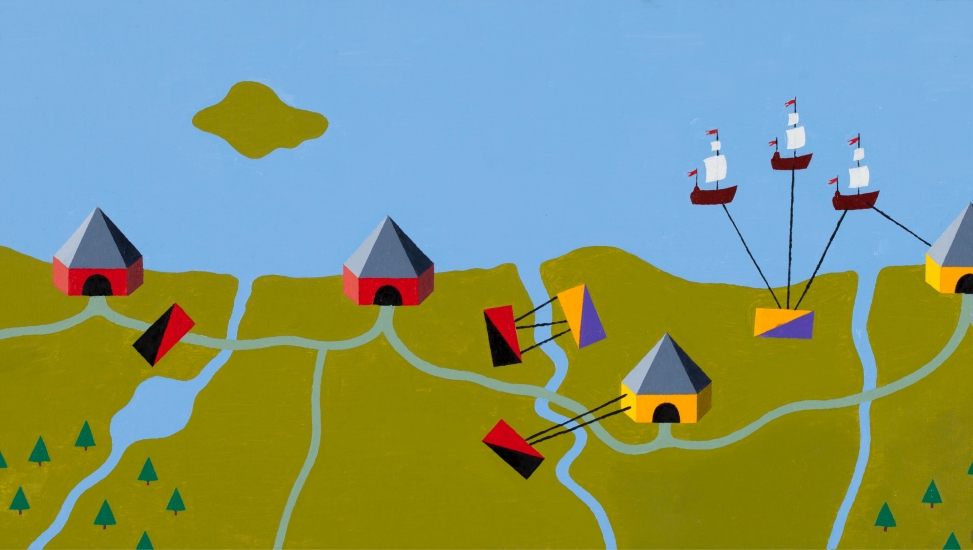 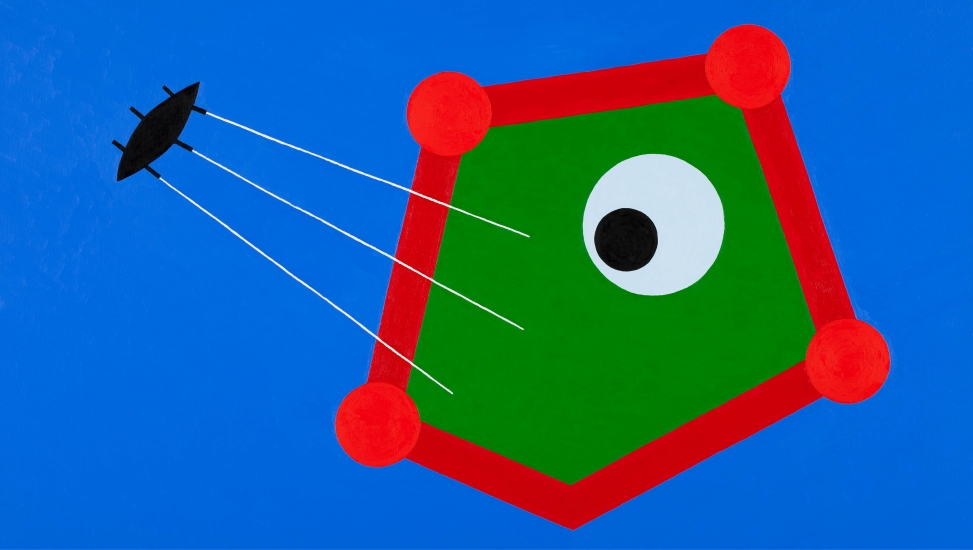 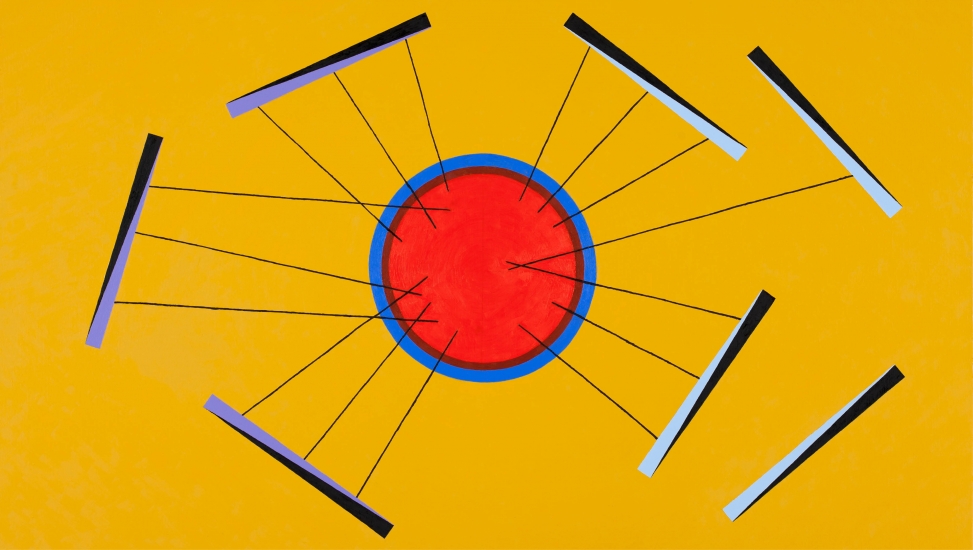 A map simplifies reality, by reducing it and making it manageable, but it is not always innocent. Boundaries, roads and traces of civilisation have been a theme in my art from the very beginning – most distinctly in a project called “The Game” from 1971, which is based on a children’s game. Superpower politics, colonisation, exploitation and repression trigger trade wars and armed conflict. They are set on fictive continents that mirror our own world. One motif that has followed me over the years is a multi-sided house with a pointed roof that I found on a mining map from 1650. It came to symbolise a dwelling, a community , but also a headquarters, a military base, and sometimes a major city.

The city was part of my imagery already in the 1960s, originally as an aerial view, but also as a cross-section (water mains, ECG curves). My later cityscapes feature growing traffic and social criticism, in paintings such as “Metropolis”, “Gated Community”, “Crossroads”, and “The Growing City”.“The Katarina Elevator” is an evocation of the utopian folkhem – the Swedish welfare state; “Dream City” is a satire on Stockholm’s urban life.

My war pictures are not documentary portrayals of reality, although they could be seen as presenting a challenge. Modern war, which can be fought at a huge distance, with drones, for example, is not that visually inspiring. In the 18th century, the armies fought in precise formations. The battles of those days are largely forgotten. This can give rise to reflection and requires the spectator to engage actively, as in a game.