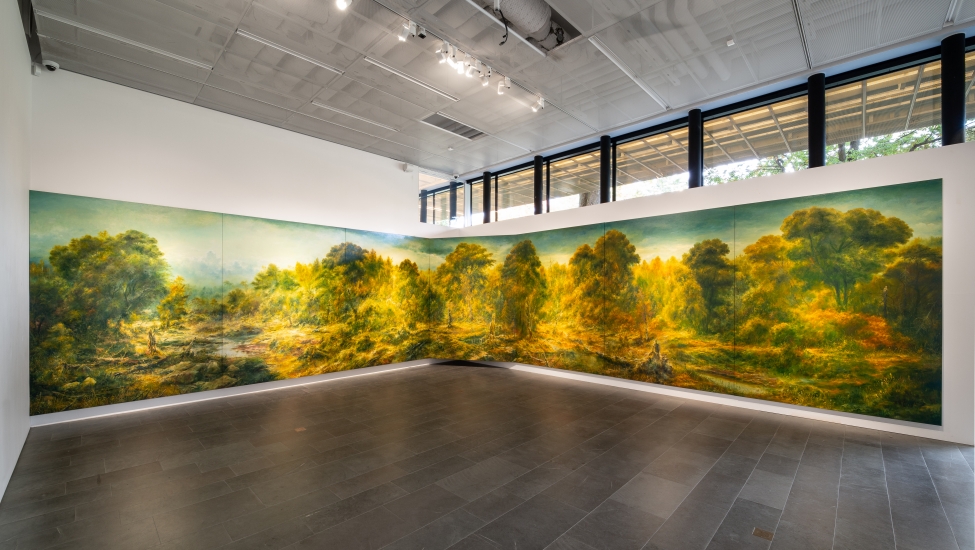 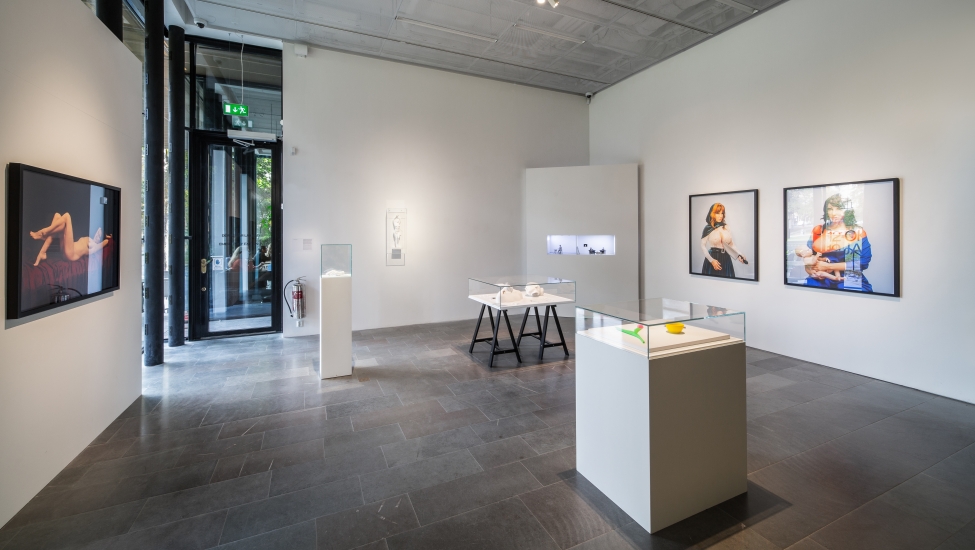 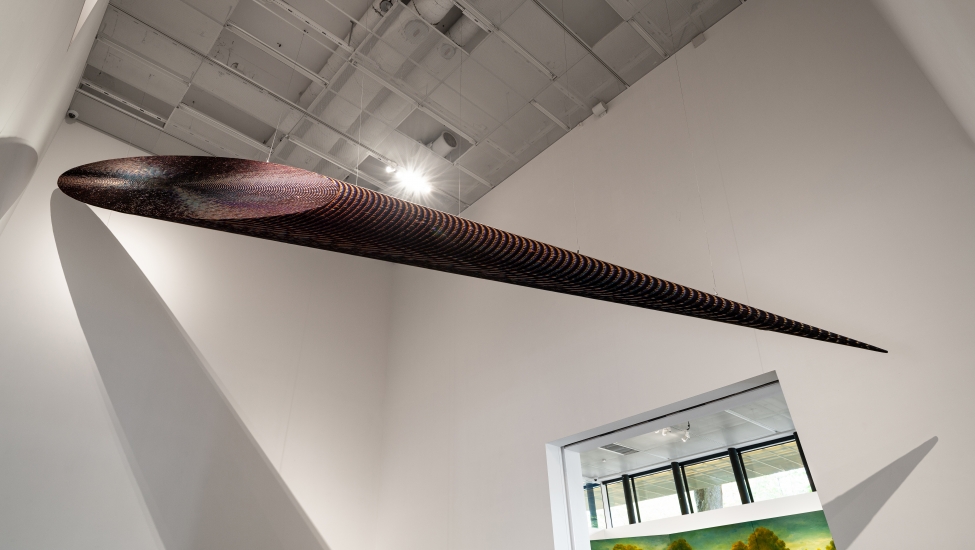 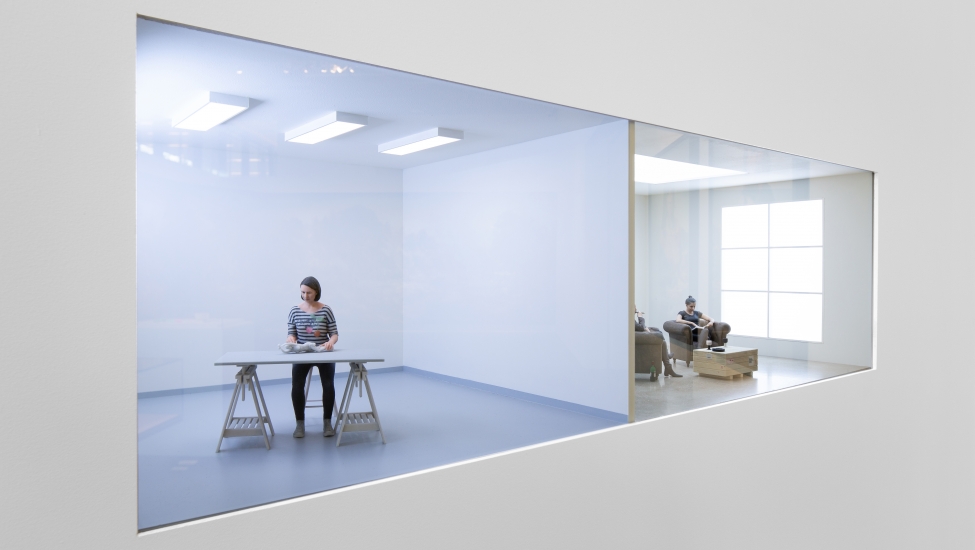 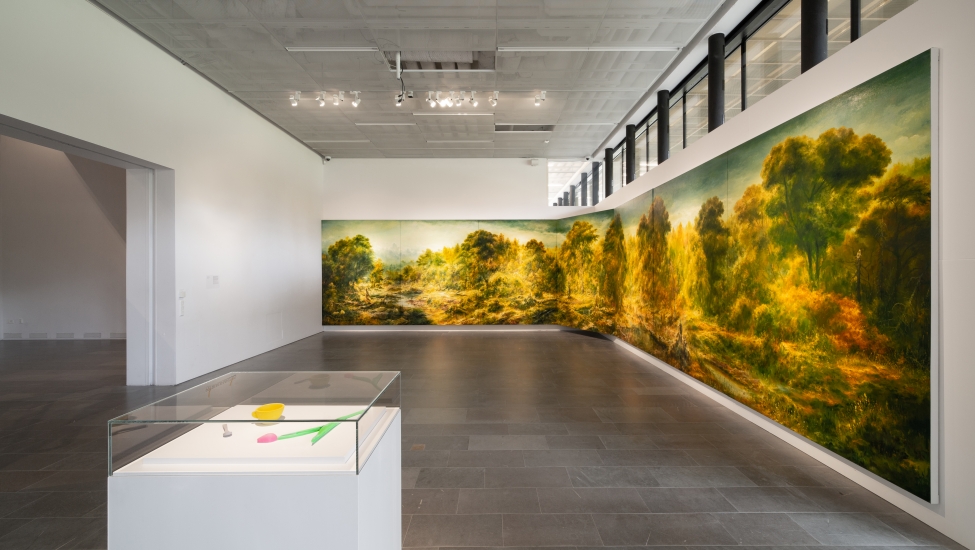 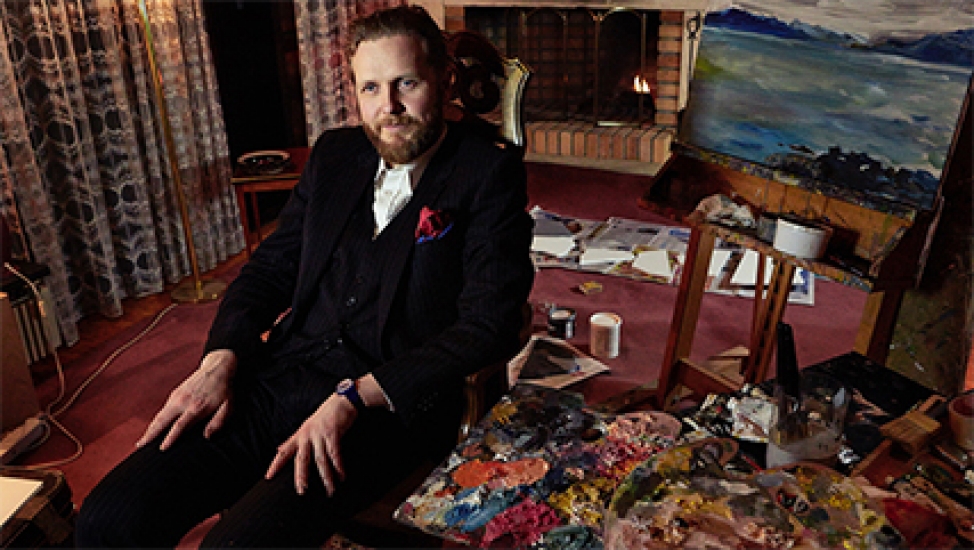 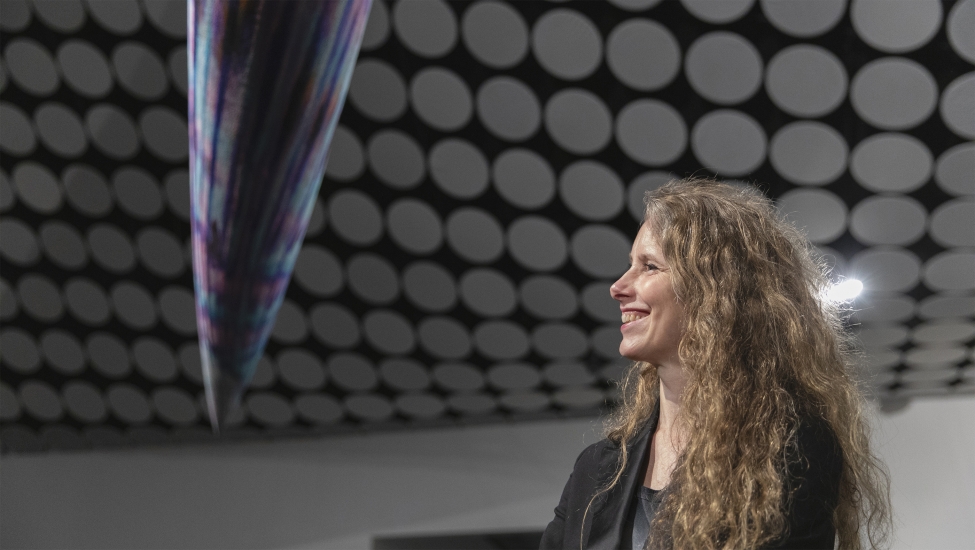 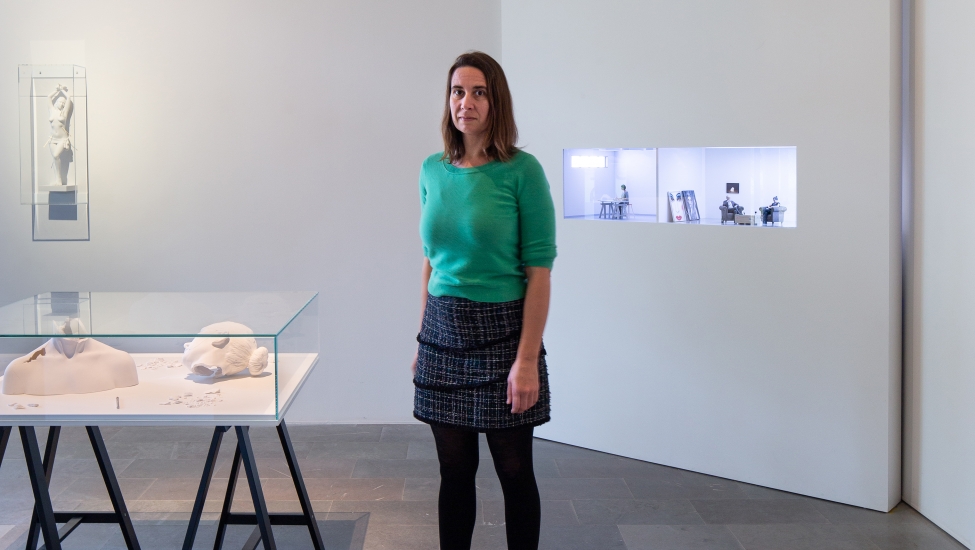 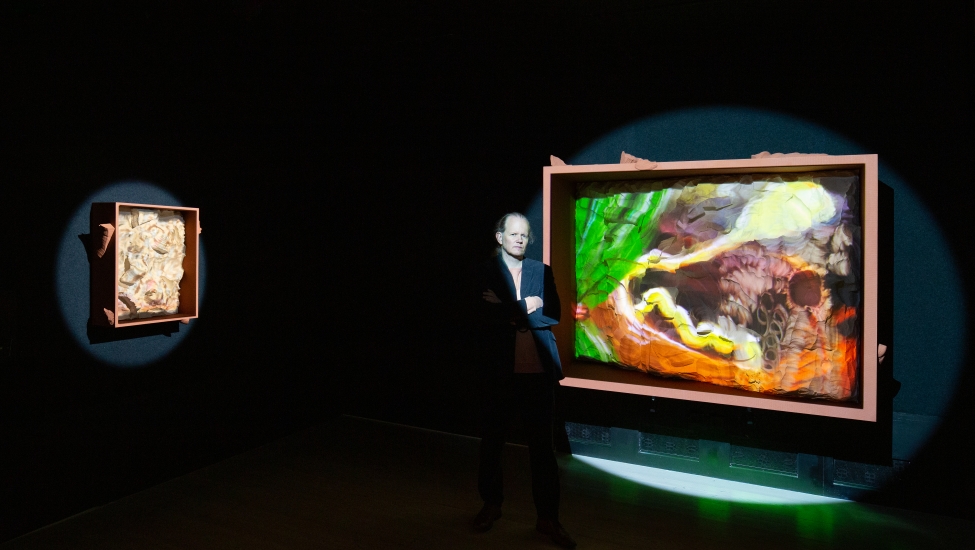 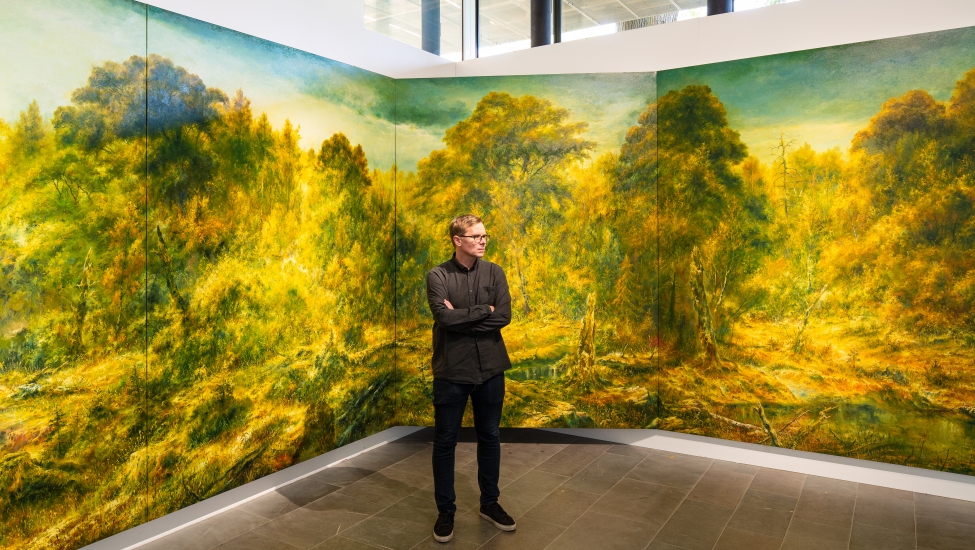 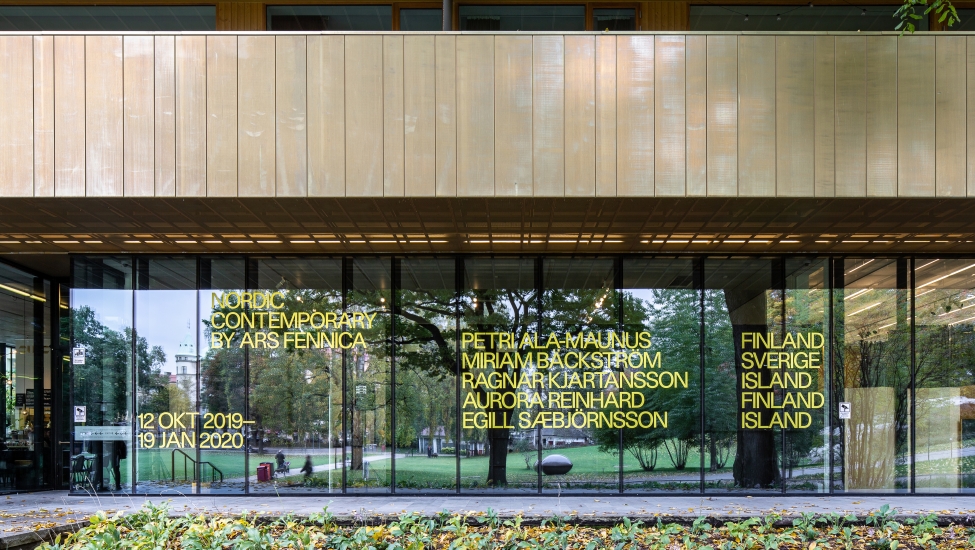 Monumental landscape painting, sculpture, and film take over the museum together with a number of playful installations. Five highly topical and well-established Nordic artists are being featured at Sven-Harrys konstmuseum this fall—an encounter with contemporary Nordic art.

The five artists work with widely divergent expressions, and all are internationally recognized and have been selected by the Ars Fennica jury. The Ars Fennica Award is one of the largest art prizes in the Nordic region and is bestowed every other year to a Nordic artist “in recognition of individual artistic work of outstanding quality.” The prize is 40,000 euros, and this year’s winner is Ragnar Kjartansson, Iceland.

Petri Ala-Maunus, Finland
Petri Ala-Maunus (b. 1970) decided to make his way as an artist through a negation. Since landscape painting did not interest him at all, that was exactly what he decided to start painting—but in his own way. In Ala-Maunus’s paintings there is no trace at all of human presence; instead we find dramatic views of a world either before or after humanity. Dramatic cliffs, wildly foaming waterfalls, and fir trees with dark branches are almost unreal in their effect. The paintings are reminiscent of the Romantic school of landscape painting that came out of the art academy in Düsseldorf during the nineteenth century.

Miriam Bäckström, Sweden (b. 1967)
Miriam Bäckström makes use of a variety of artistic media, including photography, film, performance, theater, installation, and text. The driving force behind Bäckström’s work is her meticulous studies of the symbiotic relationship between image and reality in the human psyche. Bäckström unfailingly aims for technical precision and innovation, regardless of whether she’s working with stills or motion pictures. At the same time, she has opened her work up to collaboration that allows for improvised and theatrical elements.

Aurora Reinhard, Finland
Aurora Reinhard (b. 1975) has been called a “great explorer of life.” She gathers motifs for her work from mass media and marketing illustrations and from the history of Western art. But she interprets the images through her own experiences and often by changing the gender of her subject or the way she looks at an object. In her art, Reinhard has long examined power and emotional relationships between men and women.

Egill Sæbjörnsson, Iceland
Egil Sæbjörnsson (b. 1973) is an interdisciplinary artist whose work is based on using technology as an extension of painting and sculpture, but also on combining real objects and projecting illusions with light, music, and performance. His art is experimental, shrewd, immediate, and deep. Questions about existence permeate his work. Sæbjörnsson is known primarily for his fictional friends, Ugh and Boogar, the thirty-six-meter-tall man-eating trolls who love coffee and became world-famous at the Venice Biennale in the summer of 2017.

The exhibition Nordic Contemporary by Ars Fennica at Sven-Harrys konstmuseum is a collaboration with Ars Fennica and Henna och Pertti Niemistös Bildkonststiftelse, Finland.