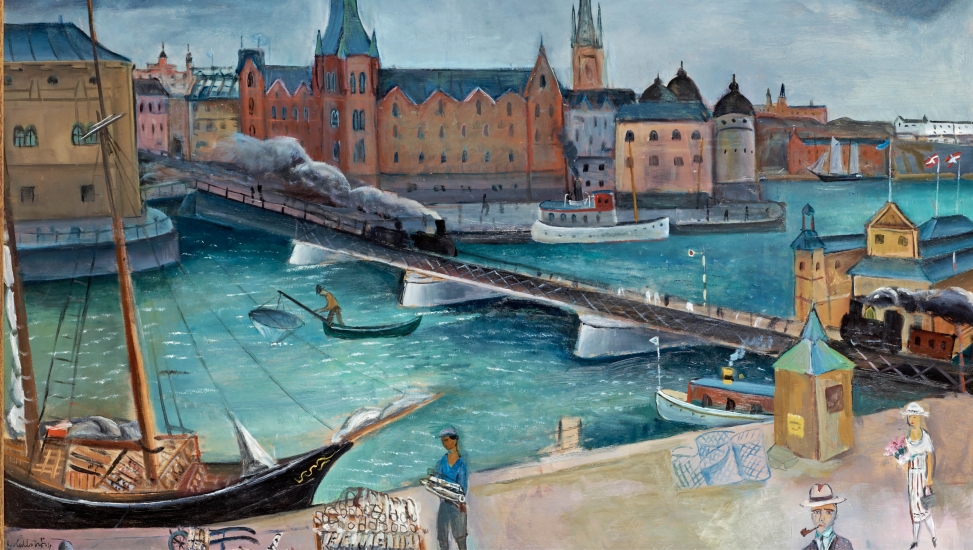 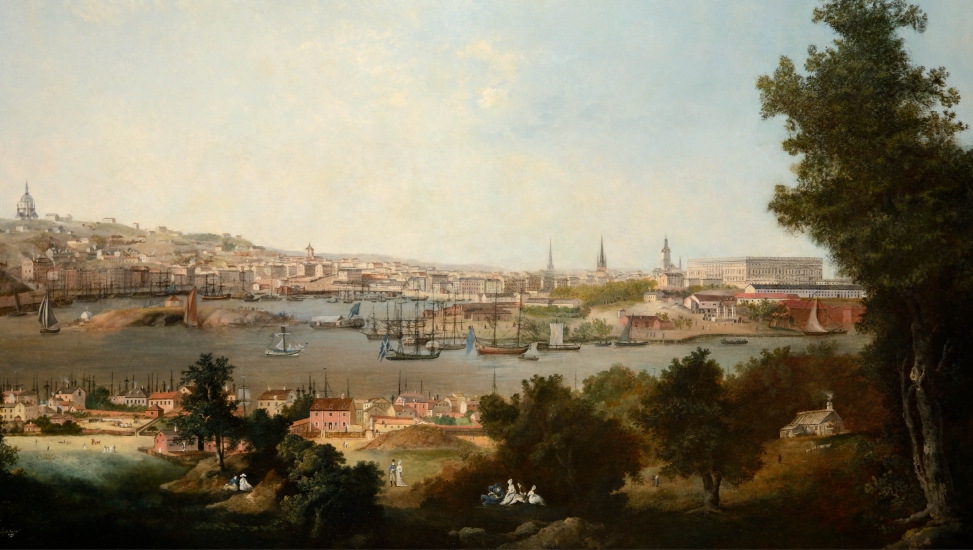 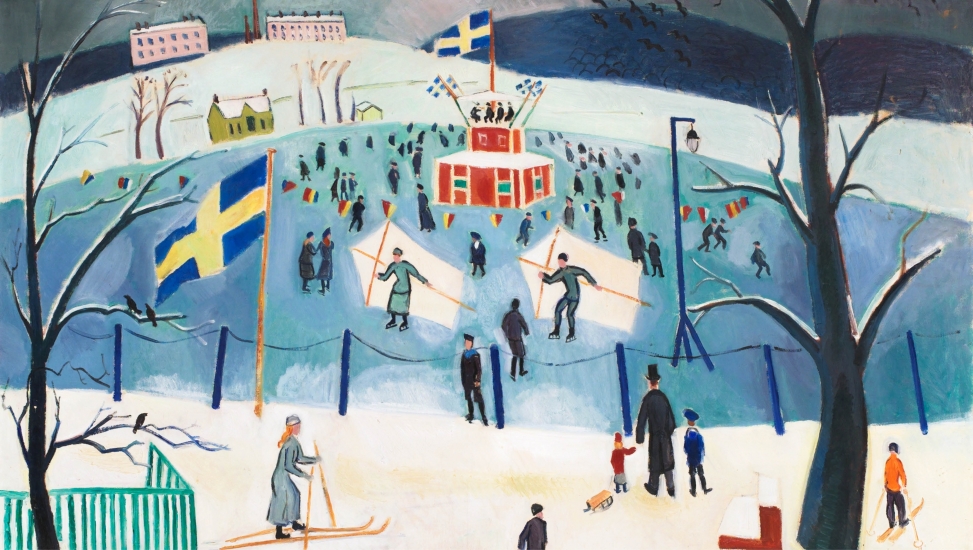 Stockholm seen by artists is this year’s summer exhibition at the Sven-Harry Art Museum. We are invited to take a walk through the centuries and experience how artists have portrayed and interpreted the Swedish capital. From the first real depiction of Stockholm by an anonymous Dutch artist in 1630 - there weren’t any Swedish painters until the late 17th century. Erik Dahlbergh was a pioneer, who published his great opus Suecia Antiqua et Hodierna. But it was not until the 18th century that we can get a notiuon, through art, of what Stockholm looked like.

In the 1800s, townscapes became popular motifs. From veritably photographic depictions to the freer interpretations towards the end of the century.

Artists played an important part in recording the rapid growth of the region. The rows of houses along Strandvägen. The promenades along new esplanades such as Birger Jarlsgatan and Valhallavägen. New, luxurious buildings on Östermalm, and the working class district of Sibirien. Where the skyline still stood out against the remaining countryside. Beautifully captured by Aguéli. While Eugène Jansson painted his view of Riddarfjärden, with the street lights like a string of pearls.

The contours of the barges emerge in the early morning light in Prince Eugen’s painting of the Stockholm harbour.

Modernism entered the picture in the early 20th century, with Isaac Grünewald and Sigrid Hjertén, and their paintings of Stadsgården. Meanwhile, Einar Jolin captured the bustle of a skating-rink. From a window at Berzelii Park, Nils Dardel painted the archipelago ferries along the quayside. Gösta Adrian-Nilsson dissolved the city into cubist facets. The royal guards march rhythmically across the canvas. Hilding Linnqvist avidly portrays Stockholm in Disa’s Dream. Eric Hallström’s rendering of early-morning city traffic at Tegelbacken.

Torsten Jovinge records the city of the modernist architects. Sven X:et Erixon and Vera Nilsson find their subject matter in the city’s meeting places. The rapid changes in Stockholm, with the demolitions that began in the 1950s, are captured by the quick pen of Stig Claesson (Slas). Lennart Rodhe and Lage Lindell also made sketches of the transforming city. In contemporary art, the mystique of Stockholm appears in paintings by Peter Tillberg and Yngve Rådberg.

In conjunction with the exhibition, Anders Wahlgren will be presenting seven documentaries about Stockholm at the Museum.