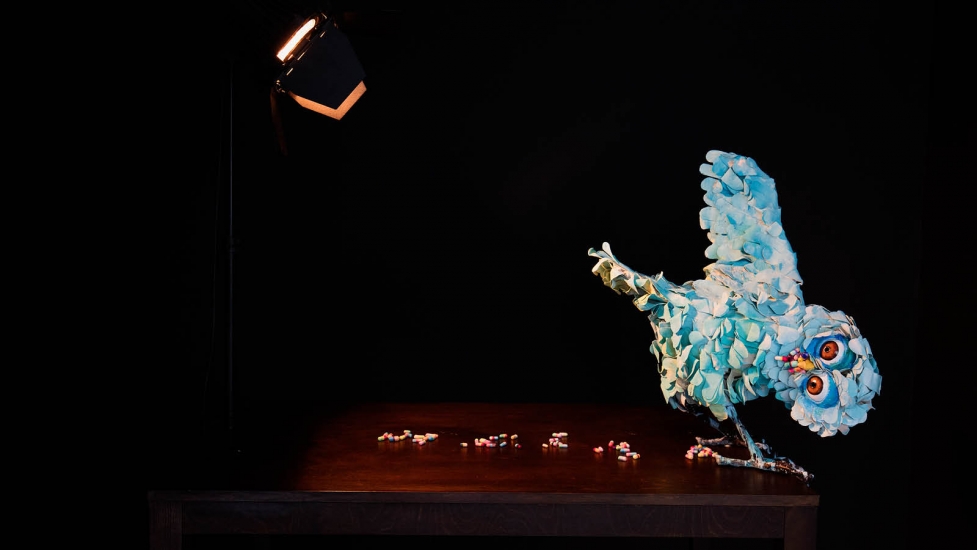 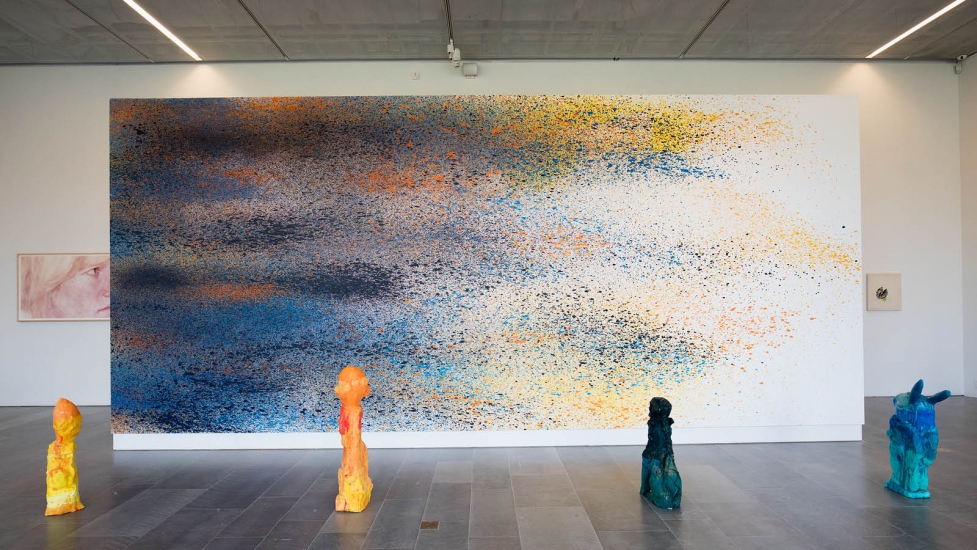 Emanuel Röhss "Audience" (and all colors of my paintings), 2016. Foto: Dan Kullberg. 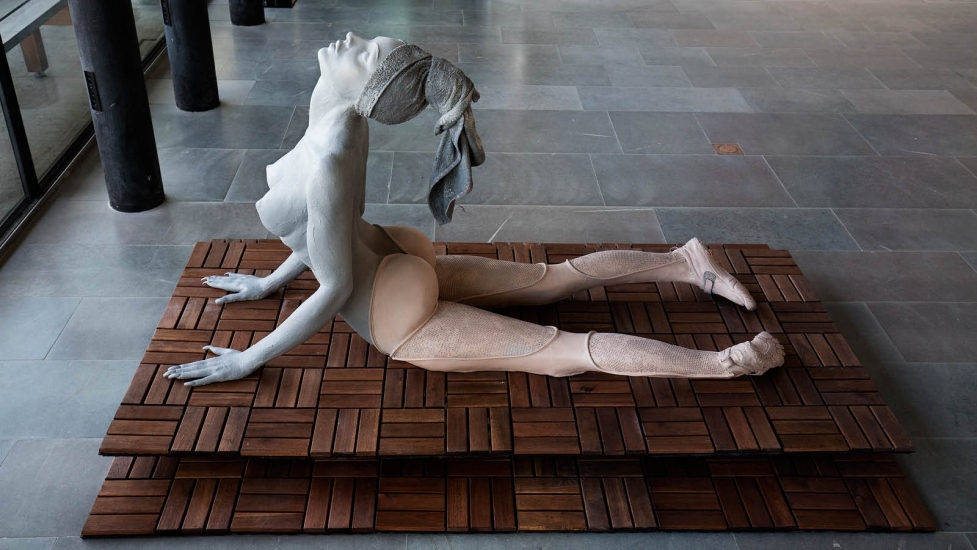 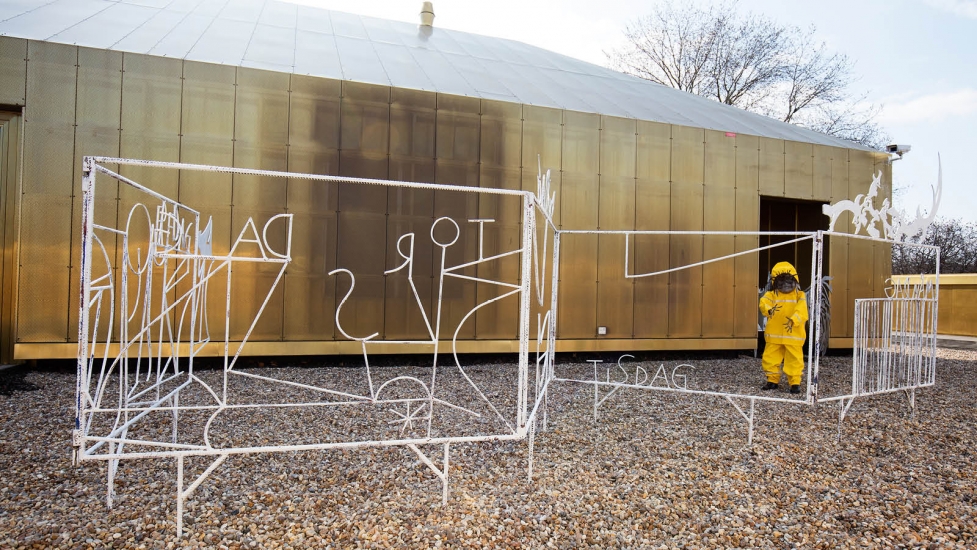 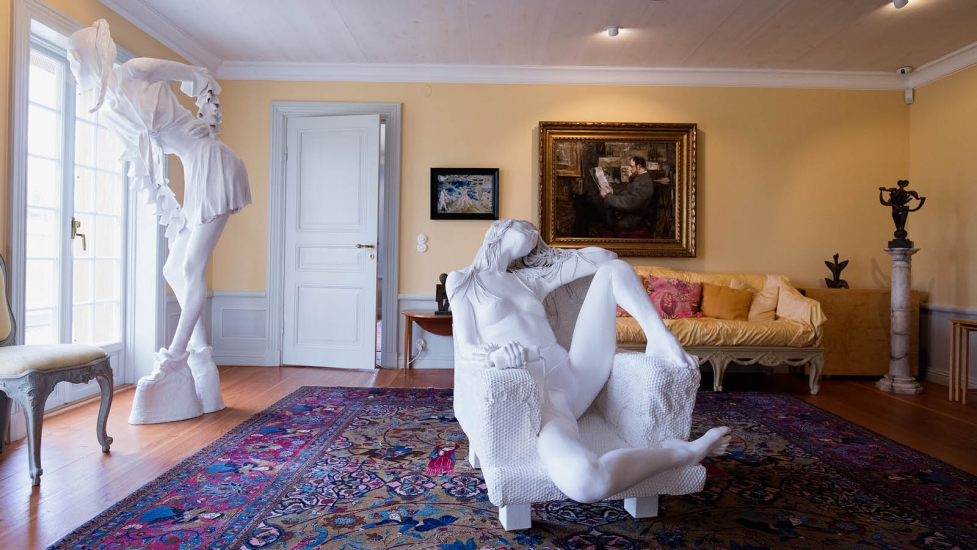 SWEDISH ART: NOW! is the most comprehensive exhibition to date that seeks to bring together, present and highlight a new generation of artists working in a Swedish context –from established names such as Klara Lidén, Nathalie Djurberg and Hans Berg, to newcomers such as Anna Uddenberg, Emanuel Röhss and Dimen Abdulla.

The exhibition, which opens Stockholm Art Week 2016, aims to showcase the most relevant artists who have established themselves in the past five years. Several of the featured works, including a recent piece by Nathalie Djurberg and a site-specific painting by Emanuel Röhss, have never before been shown to the Swedish public. Others were specially designed, for instance a spatial installation by Nanna Nordström and an intervention by Cajsa von Zeipel in Sven-Harry’s “home” on the top floor. The media room features a generous programme of works by Sweden’s best video artists, including Lina Selander and Meriç Algün Ringborg.

The event was initiated by Michael Elmenbeck (co-curator of “Svenskt Mode: 2000-2015”, founder of the arts magazine BON, and head of exhibitions at the gallery/art space CF HILL in Stockholm). The exhibition is curated by Oscar Carlson (artistic director of the Issues gallery, writer and artist, and one half of the art podcast Danielsson & Carlson).

– Among the artists at Sven-Harry’s Art Museum some are born in Sweden but have an international practice, while others may be born in other countries but live and work locally. Together, they form a global, Swedish art scene, where international tendencies are well-represented,” says Oscar Carlson, guest curator.